Evolutionists like to talk about change, so how do they explain so many living creatures that look like their fossilized ancestors?

In my master’s paleontology program in Brazil, my area of expertise was wasps, ants, and bees (order Hymenoptera), which are found in many layers of the fossil record. I wanted to learn all I could about them.

My supervisor told me to study living species of Hymenoptera so I would better understand their fossil forms. We often heard during classes how fossils look like organisms we see today. My fellow students sounded surprised, but I wasn’t.

You don’t have to be a scientist to see living creatures that look like fossils. They’re everywhere. Just visit the local aquarium where you can find kids petting horseshoe crabs, listening to instructors drone about how the cousins of these so-called “living fossils” lived “450 million years ago.”

They may have different scientific names, like Limulus polyphemus or Lunataspis aurora, but they’re still horseshoe crabs. After petting them for just a few minutes at the aquarium, children can visit any natural history museum and identify horseshoe crab fossils.

How can living creatures be so similar to fossils? It’s a puzzle to scientists who believe they’ve been evolving for hundreds of millions of years, but it’s no mystery to someone who believes God created every kind of creature just 6,000 years ago.

A Puzzle for Evolutionists

The term living fossil is not a technical term. The media like to use it to sensationalize surprising discoveries of living organisms that scientists said went extinct millions of years ago. The first famous example was the 1938 discovery of a live coelacanth fish, caught off the coast of South Africa. Previously, secular scientists thought it went extinct at the end of Cretaceous around 66 million years ago. Since the coelacanth, many other astonishing examples have been discovered.

Living fossils show that in some cases no significant changes have occurred for millions of years, according to the evolutionary timeline.

Living fossils show that in some cases no significant changes have occurred for millions of years, according to the evolutionary timeline. This is why many secular scientists avoid this term and idea. Patrick Laurenti, an evolutionary biologist from France, believes the term living fossil is misleading. “Calling a given species a living fossil suggests that it has crossed time without evolving—a hypothesis that is in sharp contrast with evolutionary genetics principles.”1

Because of their evolutionary world-view, secular scientists prefer to emphasize change. Even without living fossils, they face an insurmountable challenge explaining how little changes could accumulate over millions of years to produce major changes, such as fish evolving into reptiles. The problem is that we observe only minor changes within existing kinds of creatures as they adapt to changing environments. We can’t observe and test creatures changing into completely new kinds.

Secular scientists have proposed several reasons for why we find living fossils in the rock record. The first one is stasis, which means their body form remains the same for a long time. The argument goes that organisms undergo little change because they are well adapted to their environments. In other words, throughout the geologic record, creatures look the same for a long period of time, and then, for some reason, they suddenly experience a burst of change.

The second argument comes from the study of the genes in two of the most well-known living fossils, the tuatara (an odd lizard with a third eye) and coelacanth. The study concluded that the genes of these creatures evolve more slowly than most other creatures.

A Fascinating Phenomenon for Creationists

Evolutionists offer many other arguments to explain living fossils, but they all have one major fallacy.

They use the word evolution to mean two very different things (called an equivocation fallacy). Sometimes it means changes of any degree, but other times it means that all life descended from one or a few common ancestors.

The first meaning is an observed phenomenon that biologists study in the field today. The second meaning, in contrast, is a hypothesis that cannot be tested or proved in the same way. Creationists agree that creatures can change within the limits God placed in created “kinds,” but this does not support the possibility that one kind of creature could change into a completely different kind, like a fish changing into a lizard with all the genes necessary to build new structures like a tail.

Creationists have a much more reasonable explanation for change and stasis. They believe relatively minor changes are part of the Creator’s original design so creatures could diversify and fill the earth. He made their DNA adaptable so they could survive changing climates and environments. But this is not naturalistic evolution in the sense of bacteria evolving into butterflies. Natural selection and mutations do occur in nature, but they do not add new genetic information that adds novel traits; they only act on the genetic material and traits already present.

So why are some fossils so similar to living creatures? Every kind of creature has been around for only 6,000 years. So they haven’t had a lot of time to change.

Most fossils are from creatures that were buried during Noah’s flood. They reflect the diversity of creatures living at the same time in different environments all over the earth. These variations did not result from evolutionary processes; rather, the animals that God first created quickly began to reproduce after their kind and fill the earth, creating the variation we see in the fossil record.

Similarly, the land animals we see on earth today descended from the animals that got off Noah’s ark. Some variations have appeared since then, and some kinds of creatures have varied more than others (especially the insects, which I study). But they still belong to identifiable kinds. Any child can still recognize a dog, cat, or horseshoe crab.

I’m still curious to learn more about the way animals lived and changed before and after Noah’s flood. I especially want to know why some species of insects in Hymenoptera varied more than others. But the different rates of variation aren’t evidence of new kinds of creatures evolving. Rather, they are evidence of God’s design for his creatures to vary within prescribed limits.

The next time you see a horseshoe crab—or any other so-called living fossil—praise the Lord for such clear reminders of the Creator. Even “little children” can recognize his design of original kinds, while their origin remains a mystery to “the wise” of this world (Matthew 11:25). 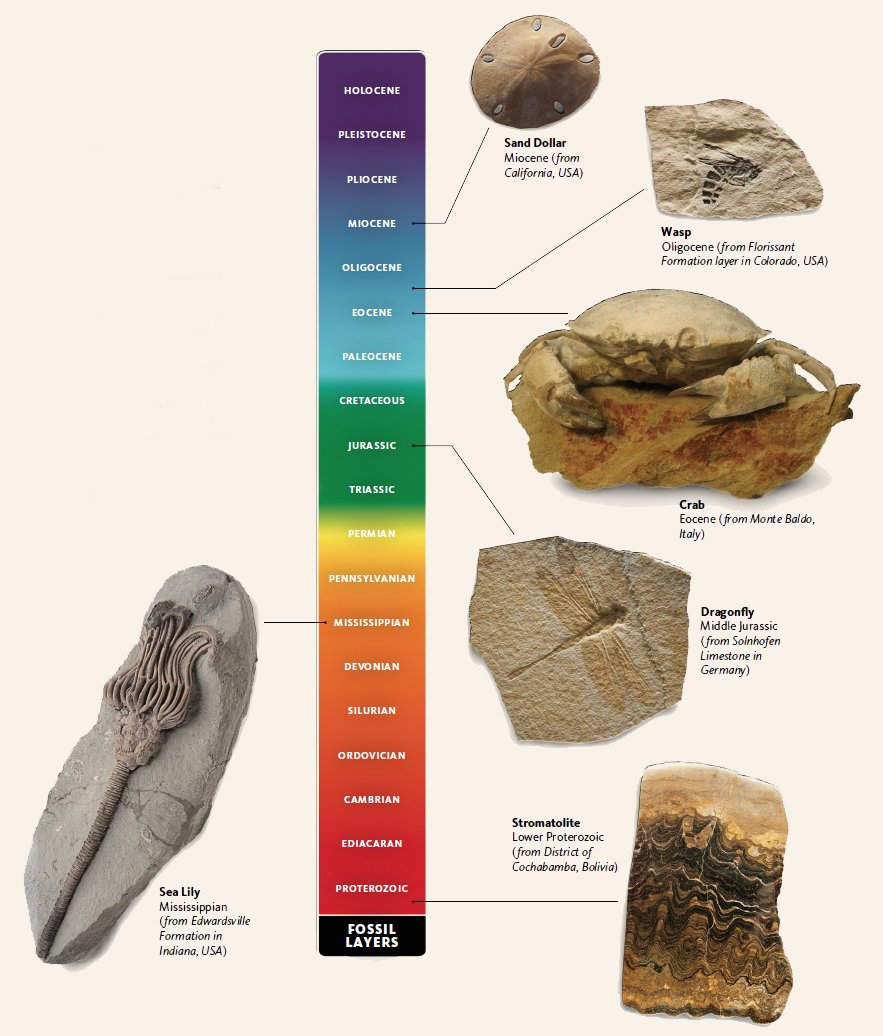 But that is not the case. In fact, almost every living animal has a representative from the same kind deep in the fossil record. This makes sense if each kind had the same amount of time to diversify after the flood.

Dr. Gabriela Haynes earned her PhD in geology with a focus on paleontology. She pursued her master’s degree research in the American Museum of Natural History in New York, and as a Brazilian, she worked in the Santana Formation and identified new species of fossil insects. She also translates and reviews material for AiG’s Portuguese ministry

True wealth is the wealth of the soul

The heavens are telling the glory of God; and the firmament proclaims His handiwork. Psalms 19:1

Collection of articles and videos on true crime and justice